HP, formerly known as Hewlett-Packard Company, is one of the most established computer hardware companies in the world. Any laptop manufactured by HP is bound to get a stamp of approval for its reliability, stability, and performance.

Over the years, they have built themselves up as a strong brand with loyal customers. HP is one of the more popular computer and laptop brands used by companies around the world thanks to its commitment to maintaining high quality products.

Like any well-established company, HP offers a great variety of laptops for their customers. HP customers vary in personal tastes and professional requirements and HP has certainly come up with several laptop models to suit every need.

We decided to look into the HP laptops available today to find HP’s best laptop.

How we chose the best HP laptop

Unlike most of the other reviews, it can be quite difficult to pinpoint the biggest considerations when it comes to comparing HP laptops side-by-side thanks to their wide differences.

Choosing the best 11 inch laptop is easier as the features besides the 11 inch size can be easily compared to come to the best laptop. Figuring out the features for the best laptops for professionals such as web developers is also easy as these professions need laptops that fulfill specific requirements.

But, how do you compare a HP Chromebook against a HP desktop-replacement laptop?

After a lot of brainstorming, we finally come up with our list of top five considerations when it comes to finding the best laptop by HP.

We determined this final list by looking at the entire variety of laptops produced by HP and then analyzing what feature about each laptop that their customers like the best. Based on this feedback, we were able to come up with our list of considerations that covers all HP laptops.

Here’s a list of the five best HP laptops:

The most important consideration when choosing the best HP laptop

The processor and memory combination is possibly the first specs anyone looks at when researching for a new laptop. The CPU and RAM are like the brain and spinal cord of a laptop. Without a functioning processor and memory, the laptop will not be a worthwhile investment.

HP laptops primarily come with an Intel processor, ranging from Intel Celeron to Intel Core i7. The type of processor needed depends greatly on what the laptop will be used for.

While most people look at the CPU, not as many know that the laptop’s RAM or memory is equally as important. Again, it all boiled down to the laptop’s intended use.

Developers should really shoot for laptops with at least 8 GB of memory; however, those who will be primarily working on Microsoft Excel or Microsoft Word probably won’t notice any difference with RAM as low as 4 GB.

Many people ask which is more important. There is really no answer to that as both work hand-in-hand. You cannot expect a fast runner to win a race in flip-flops. On the other hand, a beginner cannot suddenly compete in races just because they are wearing state-of-the-art shoes.

Other considerations when choosing the best HP laptop

Most people opt for a laptop because they are looking for something more portable and mobile than a desktop computer.

In the past, laptops were primarily purchased by professionals who travelled for business a lot. This was because laptops in those days were clunky, bulky, and expensive items.

These days, however, technological advancements have leap-frogged us into an age where laptops are just as powerful as desktops. The only question left is, “how much does it weigh?” and “how big is it?”

A laptop’s hard drive storage is the next big consideration for many users. In the past, the choice boiled down to whether or not you wanted to pay a little extra for an additional 50 GB of space.

However, with the advent of solid state drives, the decision-making process has become much more complex.

These days, potential laptop users need ask themselves whether they want to save some cash by getting a laptop with an ample 1 TB HDD hard drive, or whether they should shell out a bit more for a 256 GB SSD hard drive that runs like the wind.

Design plays a larger and larger role when it comes down to laptop choices. With so many companies in such close competition with each other, it is easy to find a laptop that fit a user’s criteria in terms of components, size, and weight.

Many times, the decision ends up boiling down to the laptop with the best design.

Our final consideration when discovering the best HP laptop out there was versatility. Is the user interested in a 2-in-1 laptop or are they just looking for a good ol’ fashioned laptop to work on?

Is a touchscreen needed or not? Will the laptop be used as a basic work laptop or are they going to be used to stream movies?

The best laptop from HP

This 13.3 inch laptop comes with a 2.7 GHz 7th-generation dual-core Intel Core i7-7500U processor and 16 GB DDR3 memory, which is one of the best combinations of processor and memory available in the market these days.

In addition to that, the Spectre x360 also comes with 512 GB SSD hard drive, eliminating the usual capacity vs. speed debate when it comes to hard drives.

The Spectre has a Full High Definition screen with a resolution of 1920 x 1080 pixels and is WLED-backlit for sharp images and great contrast.

The laptop has a 360⁰ hinge allowing users to convert the laptop into a tablet or into presentation mode. As expected with a 360⁰ hinged laptop, the Spectre x360 is a touchscreen.

The HP Spectre x360 comes with two USB 3.1 Type-C ports, a USB 3.1 Type-A port as well as a jack for headsets. The laptop features speakers designed together with the high-end audio brand Bang & Olufsen.

The Spectre x360 weighs just 2.85 pounds and is an amazingly thin 13.8 mm. The chassis is carved out of solid aluminum. The keyboard is backlit and it features an extra wide glass trackpad for easy glide and maneuverability.

The four other HP laptops we tested

With such similar names, you might wonder if there is much difference between the two laptops aside from that 360⁰ design. As it turns out, there is.

The HP Spectre is one of the thinnest laptops out there at just 10.4 mm and weighs 2.5 pounds. Design-wise, the laptop looks very different as it has a much sleeker and more elegant look and feel. This is thanks to its aluminum and carbon fiber chassis.

The 13.3 inch screen features Full HD resolution of 1920 x 1080 and IPS for wide-angle viewing. It is WLED-backlit for great picture. The screen is also covered with Corning’s Gorilla Glass to add to its durability.

The HP Envy line of laptops has been around for quite a long time and continues to be one of HP’s most popular laptops. The HP Envy 17 is their 17.3 inch laptop that has served as a great desktop-replacement laptop to many.

It also comes with IPS to allow for wide viewing angles with the colors becoming distorted. The HP Envy 17 is also a touchscreen laptop.

However, also unlike the Spectres, the HP Envy also features an NVIDIA GeForce 940MX graphics card with 2 GB dedicated memory.

The Envy 17 comes with the expected built-in webcam, microphones, and Bang & Olufsen speakers. In addition to this, the laptop also comes with a fantastic range of ports: a USB 3.0 Type-C port, three USB 3.0 ports, a HDMI port, a VGA port, a RJ-45 ethernet port, and a headset jack.

On top of this, the HP Envy 17 also comes with an SD card reader as well as a DVD burner.

The HP Envy weighs in at 6.75 pounds. It is rather heavy compared to its slimmer brothers, however it makes up for it thanks to the fantastic specs and hardware that is built into it.

The HP Envy 17 features not just a backlit keyboard but a numeric keypad as well. Those who work with numbers a lot would definitely find this feature helpful, if not essential. The laptop also has a fingerprint reader and is reputed to have up to 7 hours of battery life. 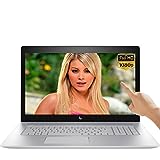 The coming of Intel’s Core M processors have allowed manufacturers to come up with quieter, lighter, and thinner laptops without skimping on performance. Together with this process, the EliteBook Folio G1 also comes with 8 GB DDR memory and 256 GB SSD.

The EliteBook Folio G1 comes with a 720p webcam, perfect for video calls. It also only has two USB Type-C ports, which can be difficult for users who plug in a lot of peripheral equipment that are still using Type-A sized adapters. 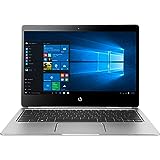 HP produces among the best Chromebooks to be found today so it only felt right to feature one in this list as well.

Chromebooks are incredibly affordable laptops that can bring great usability to people without hurting the wallet. They have been gaining in popularity ever since the first Chromebook came out in 2011.

Chromebooks earn their name from their ChromeOS operating system. It is also the main reason behind its affordability.

Unlike Windows or Mac, ChromeOS is a Linux-based operating system and manufacturers need only pay incredibly low prices to install it to their Chromebook.

The Chromebook 11 features a 11.6 inch LED-backlit screen with a resolution of 1366 x 768. It runs on a 2.16 GHz Intel Celeron N2840 processor and has 4 GB memory. The laptop has 16 GB SSD storage, which is more than enough capacity to run and save basic documents.

There is a reason why HP is one of the most popular brands in the world when it comes to anything computer related.

Just looking at their laptops alone, you get a sense that HP understands the needs and desires of their customer base.

Their ultra-light laptops, such as the HP EliteBook Folio G1 and HP Spectre, are among the lightest around. The HP Envy 17 is such an excellent desktop-replacement laptop that it even beats out some actual desktops in terms of component specs.

It was an incredibly hard job to come to the best HP laptop; however, the difficulty lay in the fact that all HP laptops are great.

HP is one of the most popular laptop brands in the world. We’ve taken a look at the best HP laptops so you can make an informed buying decision.

Marcus is the founder of techspectacle.com. He loves travelling and recently went on a 3 month backpacking trip throughout Europe. Marcus enjoys writing about all things IT related and holds a Bachelor of IT degree.